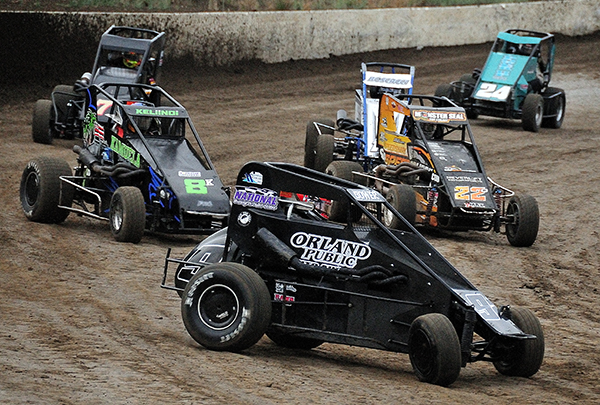 WATSONVILLE, CALIF­. (July 23, 2021) – The third Ventura Raceway stop of 2021 awaits the Western Midget Racing presented by Masters Design and Construction series, serving as the 13th round of the championship. The stock production-powered Midgets are competing in more than 20 events this season with the best 12 finishes counting towards the title. Photo by Top Dawg Photos

Brentwood’s Blake Bower and Fresno’s David Prickett have split the Ventura rounds thus far, each with an 18-car field in attendance. Arizona’s Cory Brown has finished fourth in both Ventura features this year while 2019 Ventura WMR champion Randi Pankratz has a best finish of third at her home race track. Las Vegas’ Kyle Hawse has earned a best finish of seventh at Ventura while Santa Paula’s Megan Moorhead has scored one of her eight top-fives this year at the dirt track situated next to the Pacific Ocean.

Prickett leads the championship chase but Bower enjoys the best per-race average through his nine starts. They have combined for nine victories through the 12 races of the season, with wins for Brown, Darren Brent of Lakeside, and French Camp’s Sage Bordenave as well.

Saturday’s action will be televised live on FloRacing.com or tickets can be secured at the gate. The Western Midget Racing series then rolls onto Ocean Speedway on July 30 and Petaluma Speedway on July 31 as well.