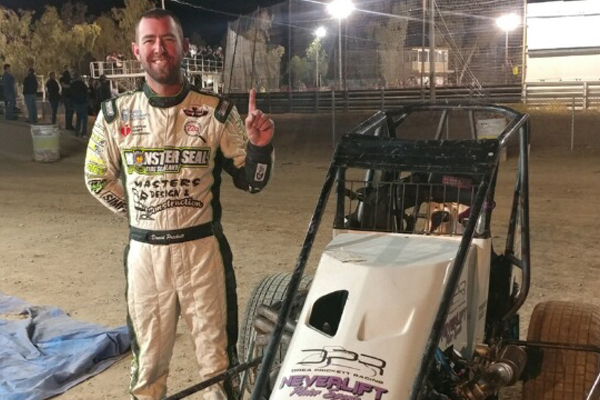 Nine stock production-powered Midgets were on hand for the non-points opener. Prickett won the opening heat race from the outside pole before Peoria, Arizona’s Cory Brown duplicated the feat in the second heat race.

A three-car inversion for the 20-lap feature placed Greg Jewett on the pole on the 1/5th mile dirt oval. Prickett took the win from the third starting position, holding off Brown by a scant .625 seconds. Jewett’s debut was a strong one, finishing third ahead of fellow debutant Las Cruces, NM’s Aasa Flores and Granite Bay, Calif.’s Gary Dunn.