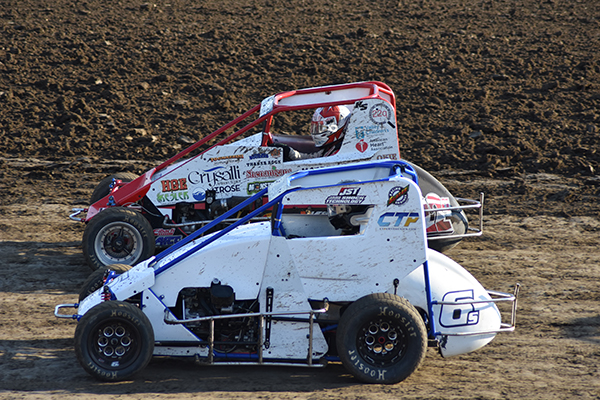 WATSONVILLE, CALIF. (March 25, 2021) – One of the mainstay venues of Western Midget Racing will be in action for the stock production-powered cars on Friday night, as WMR presented by Masters Design and Construction competes at Ocean Speedway in Watsonville, Calif. The second round of the championship series is the first of eight scheduled visits to the Santa Cruz County Fairgrounds quarter-mile. Although the main grandstands will be closed, Friday’s races will be streamed live on FloRacing.com

David Prickett leads all Western Midget Racing drivers with 11 career main event wins including six at Ocean Speedway. The Fresno driver will also field an entry for Jon Santibanes of Fairfield, Calif. on Saturday. The most recent main event winner in WMR is Darren Brent of Lakeside, Calif. The driver of the #99 Boss Chassis has two victories to his credit with wins at Adobe Mountain Speedway and Petaluma Speedway in just four career starts, looking to add an Ocean win to his growing collection.

Former USAC and BCRA feature winner Matt Streeter out of Galt is expected to make his series debut as well.

Drivers will be ranked by their best 12 finishes as the series competes across Northern and Southern California along with Arizona.