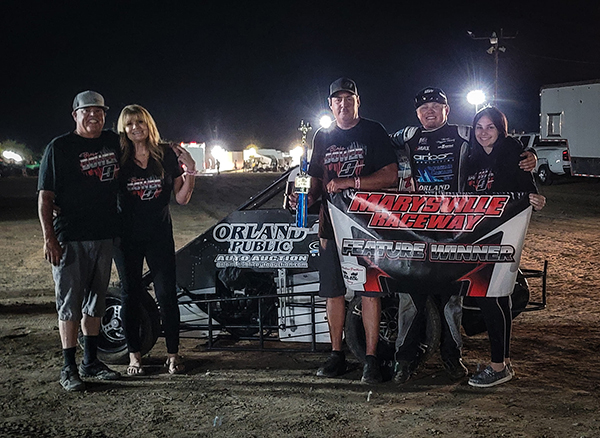 “It feels great. A lot of work goes into these cars. We just had to hit our marks right all night. (All the restarts) started getting on my nerves. But that’s just a part of it and that’s what makes you better,” Bower said.

Concord’s Adam Teves led the first three laps before Bower found the long way around the top of turn one, charging past Teves to lead lap four. Bell spun in turn one for an additional caution which set up a green-white-checkered finish. Bower held off Teves, Bell, and Rancho Cordova’s Craig Holsted for the win. Mitchell was scored fifth.

Western Midget Racing resumes with round 21 of the season on August 27 at Ventura Raceway. The action can be seen live on FloRacing!