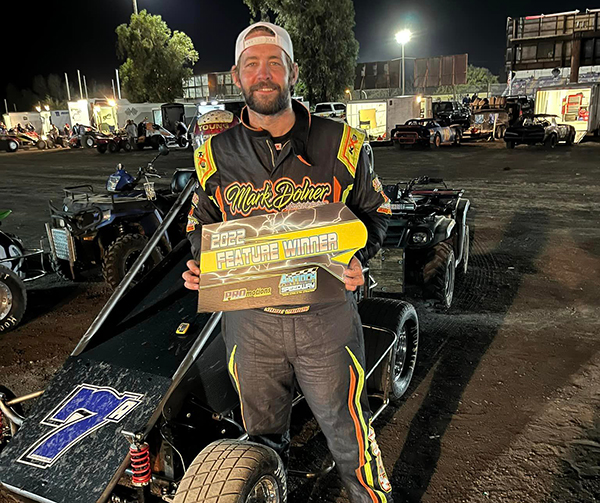 Oakley’s Bryant Bell led a rare time trial session for the Midgets in their third appearance of the year at the Contra Costa County Fairgrounds dirt track. Bell followed that up with a win in the first heat race. Terry Nichols of Delano won heat race two. An incident involving 2022 points leader Blake Bower prevented the 2021 champion from starting the feature.

Nichols and Lodi’s Nate Wait shared the front row for the 20-lap feature. Bell led the first half of the feature before Santa Cruz’ Logan Mitchell and Young entered the picture. Mitchell took over on lap 12 before Young, after starting fifth, ran past him to lead lap 17.