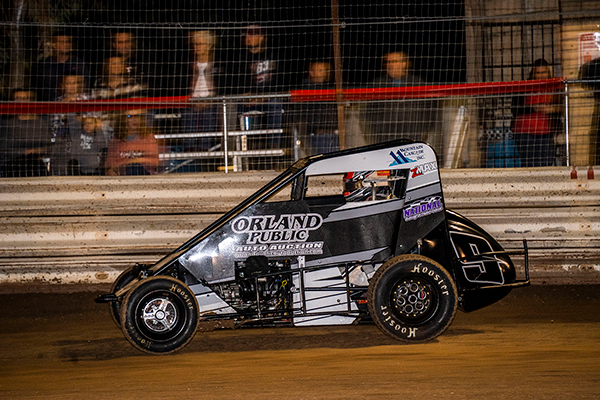 WATSONVILLE, CALIF. (March 31, 2022) – After three consecutive races in Arizona to start the 2022 Western Midget Racing presented by Masters Design and Construction season, the stock production Midget series is now taking their show to Northern California this weekend. WMR will compete at Ocean Speedway in Watsonville, Calif. on Friday night then venture north for its series debut at Marysville Raceway Park on Saturday. Photo by Maxwell Patrick

Ocean Speedway has been one of the home tracks for WMR since its inception and Friday will mark the 18th series appearance there since the start of the 2019 season. Fresno’s David Prickett has routinely succeeded at the quarter-mile by the Pacific Ocean, scoring eight wins at the facility. His last WMR win there, however, was on May 14. He will look to drive back into victory lane aboard the No. 35 car this Friday. Ocean Sprints presented by Taco Bravo, IMCA Modifieds, IMCA Sport Mods, and Hobby Stocks will also be competing. Tickets are available at the gate or fans can watch the action live on www.FloRacing.com

Marysville Raceway Park is a quarter-mile dirt oval promoted by Western Regional Promoter of the Year Dennis Gage. It will become the sixth different facility to host a WMR race. The Western Midget Racing competition on Saturday will be joined by 360 Winged Sprints, IMCA Sport Mods, and Crate Sprint Cars. Tickets are available at www.MarysvilleRaceway.com or fans can tune in at www.NorCalSpeed.TV

New faces and drivers in new places will be a part of the weekend’s action. Washington’s Jason Sneep will drive for Prickett’s Neverlift Motorsports on Friday and then pilot the No. 24 for Cameron Beard on Saturday. Beard’s ride will be driven by Antioch and Petaluma champion Shawn Arriaga on Friday. Oakley young gun Bryant Bell kicks off his schedule of more than a dozen races in the series this weekend, driving for Tony Boscacci in the No. 10. Dirt Clone Kart standout Logan Mitchell of Santa Cruz is ready to hit the dirt at his new home track Ocean Speedway in nearby Watsonville driving car No. 96x as well.

Teams who travel from more than 240 miles to compete at either event will be eligible for a part of the $400 in road warrior money offered at each round this season. Kyle Hawse of Las Vegas and Todd Hawse of Moorpark figure to add to the $500 total they have earned so far this season for their travels to Glendale, Ariz.’s Adobe Mountain Speedway.