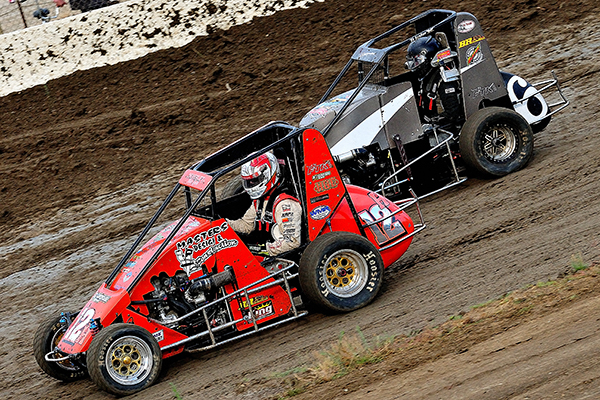 WATSONVILLE, CALIF. (February 10, 2021) – Western Midget Racing will be presented by Mike Peckfelder at Masters Design and Construction for the 2021 season, the series announced today. The WMR presented by Masters Design and Construction has also gained support from Rick Young at RAMS Racing and Rockwell Security for the upcoming season. The sponsorships will go towards a $1,000 to win point fund for the series champion and $3,000 in cash prizes for the new Road Warrior Awards.

Western Midget Racing has scheduled 26 races for its stock production 2.4 and 2.5L inline four-cylinder powered cars across Northern California, Southern California, and Arizona this season. Beginning with the Adobe Mountain Raceway event on March 20, drivers will begin competing for their 12 best finishes across the series. A driver must compete in at least two races at Ocean Speedway in Watsonville, two races at Ventura Raceway, and one each at Adobe Mountain and Petaluma Speedway to be eligible for the championship. A $1,000 championship will be offered along with $750 for second place and $500 for third. The tie breakers will be the number of wins followed by the total number of starts.

Races will have a simplified points format paying points for features only, with 50 points for first and two points less per position. Drivers who fail to take the green flag for the feature will earn 10 show-up points.

A minimum of $3,000 in cash prizes will be offered through the new WMR Road Warrior Awards program. All drivers will earn raffle tickets based on the number of starts they make throughout the year, earning entries into drawings for both cash and contingency prizes. A grand prize will be offered to the driver who makes the most starts in the series with the Road Warrior Award. Additional details will be announced at a later date. Potential road warrior contingency partners are encouraged to contact Mike McCluney at (805) 401-0819 or mike@westernmidgetracing.com

Western Midget Racing fires off for its first event of the year on February 27 at Adobe Mountain Speedway in Glendale, Ariz. after wet weather halted the scheduled event on January 30. Western Midget Racing presented by Masters Design and Construction championship action begins on March 20 at Adobe Mountain. The first Ocean Speedway date is March 26 while Ventura sees its first WMR action of the year on April 3.