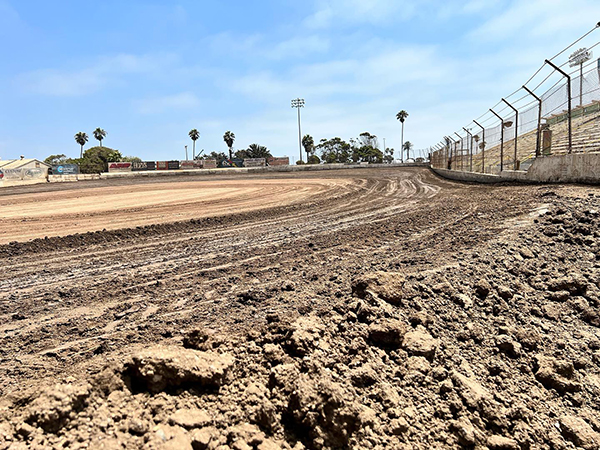 Watsonville, Calif. (October 13, 2022) – Western Midget Racing presented by Masters Design and Construction makes its penultimate voyage of 2022 to Ventura Raceway on Saturday night for the 26th round of the 2022 series. VRA Sprints, Sr. Sprints, IMCA Modifieds, NMRA TQ Midgets, Hobby Stocks, and the kids classes will also be competing during a busy night by the Pacific Ocean.

Blake Bower of Brentwood has hung on by a thread of nearly clinching the series championship, with 11 victories to his credit in a series that rewards a driver’s best 12 finishes. Bower enjoys a 48-point lead in the championship over Peoria, Ariz.’s Cory Brown.

The battling from third through seventh in the standings has closed to just 50 points across those five drivers. Las Vegas’ Kyle Hawse has moved ahead of Oakley’s Bryant Bell by two points for third. Nate Wait of Lodi ranks fifth, just eight points out of third. Moorpark’s Todd Hawse and Santa Cruz’ Logan Mitchell look to resume their battle for sixth this Saturday, with just a ten-point gap between them.

AJ Hernandez has ruled the Ventura events this season for WMR, with finishes of first, third, and fourth in three Ventura appearances. Bower and Arizona’s Drake Edwards are the other Ventura winners in 2022. Kyle Hawse has had success at the one-fifth mile in Ventura as well, earning a best-finish of third this year.

A contingent of Northern California and Arizona drivers are expected to hit the track this weekend. Pit gates open at noon while grandstands open at 3pm. Racing begins at 5:30pm