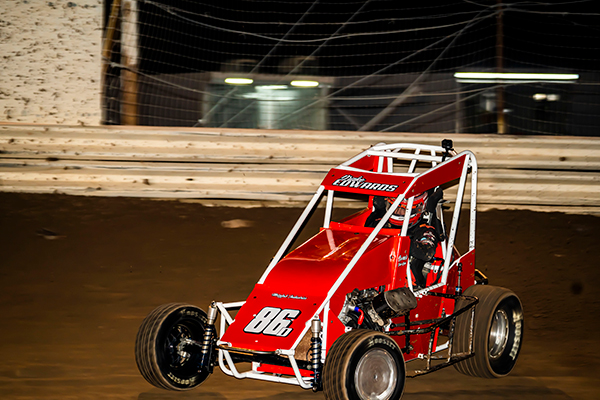 An 11-car invert lined up the Arizona drivers of Gary Dewitt and Edwards on the front row. Dewitt was one of several cars who had their race end prematurely on lap eight. Roseville’s Josh Young and Santa Cruz’ Logan Mitchell were also among those who were unable to continue after lap eight.

After some close racing, Edwards began to stretch his advantage in the closing stages of the feature. He topped Shon Deskins of Waddell, Ariz. by 2.2 seconds at the checkered flag. 2021 WMR feature winner Randy Moody finished third followed by AJ Hernandez of Phoenix with his fourth Ventura top-five of the season. Moorpark’s Todd Hawse finished fifth. Todd Hawse, Las Vegas’ Kyle Hawse, and Cory Brown won the heat race competition before the feature.

Western Midget Racing presented by Masters Design and Construction takes a week off before returning to Ventura for the final time in 2022 on October 29.