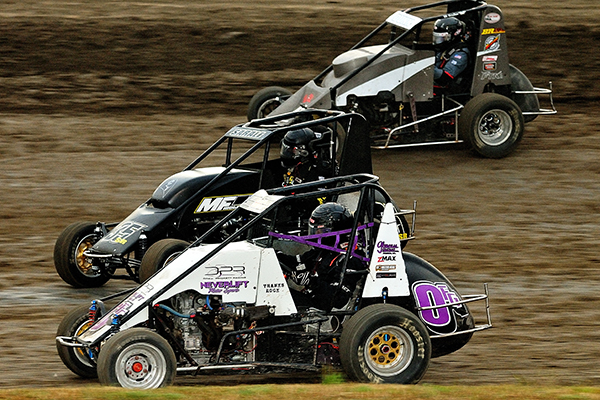 WATSONVILLE, CALIF­. (June 1, 2021) – Western Midget Racing will be a part of the long-awaited reopening of the Ventura Raceway this Saturday, returning to the 1/5th mile dirt track by the ocean for the first time since October 26, 2019. One of the home tracks for the championship series presented by Masters Design and Construction, Ventura Raceway did not hold a single spectator event during the 2020 season. That changes on Saturday night with advanced tickets available at VenturaRaceway.com

In addition to grandstand attendance, FloRacing.com will have live coverage of the activities which also include USAC Western Midgets, California Lightning Sprints, TQ Midgets, and Hobby Stocks. Masters Design and Construction will add $100 to the winner’s share in the purse.

Fresno’s David Prickett has moved into the overall points lead of the WMR but the busy summer schedule has many races to go before the best 12 are factored in to determine a champion. One driver hoping to kick start their championship campaign on Saturday will be 2019 Ventura WMR champion Randi Pankratz. The Atascadero driver won the championship at Ventura without a win and will try to knock 15-time race winner Prickett off his pedestal.

Prickett has faced pressure as of late from Brentwood’s Blake Bower. Bower earned a dominating victory at Petaluma on May 15 and had a narrow second place effort to Prickett at Watsonville in March. He has a career-best finish of second at Ventura with WMR in 2019 and is paired with teammate Antonia Boscacci of Mountain View this season.

Each race winner so far in 2021 will be in competition at Ventura Raceway including Adobe Mountain winner Darren Brent of Lakeside, Calif. and fellow Adobe Mountain winner Cory Brown of Peoria, Ariz. Brent fields an additional entry for Greg Jewett who has a best-finish of third this season. Second place in the current standings is Megan Moorhead of Santa Paula with four top-five finishes. Antioch’s Shawn Arriaga currently ranks fifth in the championship and is expected on Saturday night.

Northern California brothers Brandon and Brent Curran will be competing for Prickett’s Neverlift Motorsports at Ventura. Multiple Southern California drivers are attempting to make their first-ever series appearances as well. Arizona and Nevada are also expected to be represented in the field along with Hawaiian Kala Keliinoi.