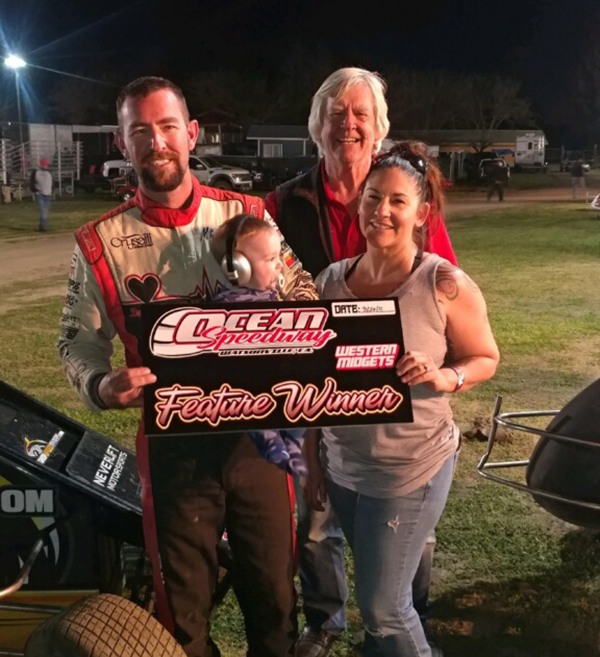 Ramona’s David Taft took the lead around Turlock’s Cameron Beard with Prickett beginning to move forward after starting sixth. Great racing took place throughout the healthy field as Prickett and eighth starting Bower advanced. Taft had an issue in turn one that cost him the lead position on lap four. Shawn Arriaga also stopped under the caution with his race ending prematurely.

Beard inherited the lead but was overhauled by Brentwood’s Bower on lap five. Prickett seized the lead exiting turn four on lap six, however. Prickett and Bower drag raced down the backstretch until the caution flew for Steve Durant spinning in turn one.

Bower showed his nose to Prickett on the restart and continued to try to edge underneath as the race passed halfway. Beard spun to require the next restart, and the tight racing up front continued. Antonia Boscacci spun from third, setting up the final restart. Bower hounded Prickett but Prickett took the win followed by Bower, Taft, Beard, and Megan Moorhead for her second consecutive top-five finish.