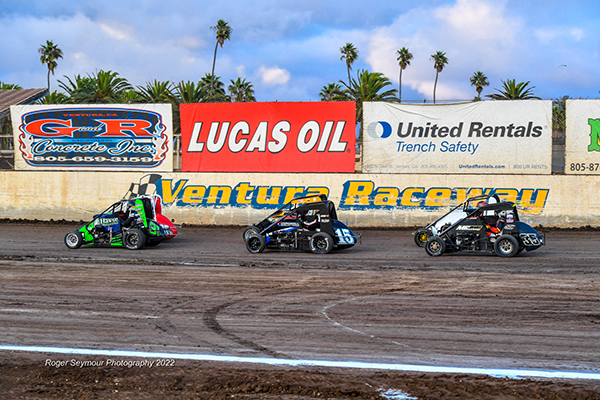 The event kicks off a busy two-race stretch honoring some of the greats of dirt racing on the West Coast. Saturday’s Sr. Sprint race will feature the legendary Wally Pankratz making his final racing start. His daughter Randi, the 2019 WMR Ventura champion, returns to WMR as a teammate to 2019 overall WMR champion David Prickett of Fresno.

Western Midget Racing’s season finale is the $1500 to win Tribute to Billy Shuman on November 12 at Adobe Mountain Speedway in Glendale, Ariz.

Brentwood’s Blake Bower aims to close out back-to-back WMR championships in the best 12 finishes format, entering Saturday’s action with 11 victories in 2022. Bower’s teammate Bryant Bell of Oakley, Calif. continues to look for his first second win of the season on Saturday as well.

Drake Edwards of Surprise, Ariz. has darted around the tight confines of Ventura Raceway with two wins this year. Fellow Copper State driver AJ Hernandez of Phoenix is the highest point earner at the speedway this season bolstered by a race win. Edwards is second in Ventura points earned followed by Las Vegas’ Kyle Hawse. Hawse is mired in a narrow battle to preserve third in the overall championship standings as well.

Moorpark’s Todd Hawse and Santa Cruz Logan Mitchell are also engaged in a close race for sixth in the standings. Mitchell aims to be the highest rookie in the WMR championship in 2022.